The Warburg family is a German-Jewish financial dynasty. Their first known and ennobled ancestor was Simon von Cassel, who died in 1566. They took their surname from the city of Warburg. The brothers Moses Marcus Warburg (1763 - 1830) and Gerson Warburg (1765 - 1826) founded the M.M.Warburg & CO banking company in 1798 that is still in existence.

Virtually all members of the Warburg family had fled to the United States or Great Britain by 1938. 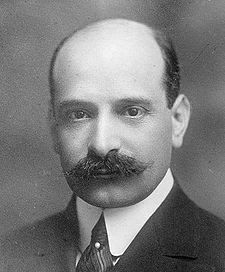 Paul Warburg became known as a persuasive advocate of central banking in America, in 1907 publishing the pamphlets "Defects and Needs of Our Banking System" and "A Plan for A Modified Central Bank." His efforts were successful in 1913 with the founding of the Federal Reserve System. He was appointed a member of the first Federal Reserve Board by President Woodrow Wilson, serving until 1918.

Paul Warburg became a director of the Council on Foreign Relations at its founding in 1921, remaining on the board until his death.

During WWII, the very heart of Hitler's war machine was the chemical giant, I.G. Farben, who also had an American arm that was controlled by the Illuminati Rothschild's through their errand boys, the Warburgs. Paul Warburg was on the board of the branch of American I.G. Farben.  (Hitler's I.G. Farben ran the slave labor camp at Auschwitz.)

During World War II, the Tavistock Institute combined with the medical sciences division of the Rockefeller Foundation for esoteric experiments with mind-altering drugs. The present drug culture of the United States is traced in its entirety to this Institute, which supervised the Central Intelligence Agency’s training programs.

James Paul Warburg - 1896-1969
Son of Paul Warburg, he was appointed Franklin D. Roosevelt's Director of the Budget when he assumed office in 1933, and setting up the Office of War Information, our official propaganda agency during the Second World War.

James Paul financed a subsidiary of the Tavistock Institute in the United States called the Institute for Policy Studies, whose director, Marcus Raskin, was appointed to the National Security Council. James Paul Warburg set up a CIA program to experiment with LSD on CIA agents, some of whom later committed suicide. This program, MK-Ultra, supervised by Dr. Gottlieb, resulted in huge lawsuits against the United States government by the families of the victims.

The Institute for Policy Studies set up a campus subsidiary, Students for Democratic Society (SDS), devoted to drugs and revolution. Rather than finance SDS himself, Warburg used CIA funds, some twenty million dollars, to promote the campus riots of the 1960s.

The "sensitivity training" and "sexual encounter" programs of the most radical California groups such as Esalen Institute and its many imitators were all developed and implemented by Tavistock Institute psychologists.  According to Business Week, the psychological testing programs and group relations training programs of the Institute were implemented in the United States by the University of Michigan and the University of California, which are hotbeds of radicalism and the drug network.

An infamous quote by James Warburg to the U.S. Senate in 1950: