Is Brannon Howse a Jesuit? Part 1/2 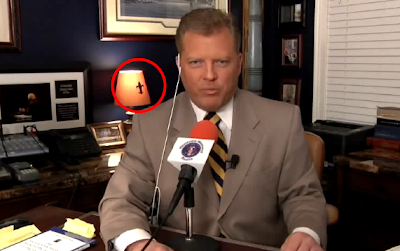 Some of you may recall the in-depth post I recently did on the fleur de lis, and how it is woven into Jesuit, Knights of Malta, and Masonic history. As Brannon is taping from an alternate location in his building, it becomes obvious that he forgot to get rid of the evidence. The fleur de lis logo can be seen on a lamp setting near his desk.

For your convenience, I have re-posted part of my research below. 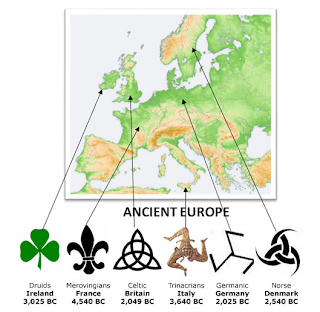 The triangle of the false trinity can be seen here. The triangle is also used as the capstone of the Great Pyramid in the mystery religions, and also represents the unity of the New World Order. 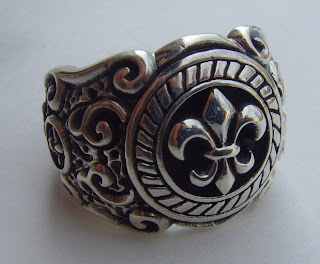 A ring from the French Freemasonry Knights Templar.

The compass rose with the fleur de lis is also Masonic. Francis Bacon appropriated the Compass Rose as an emblem of the Advancement of Learning. He was a Rosicrucian, which is complimentary to Masonry.[2] 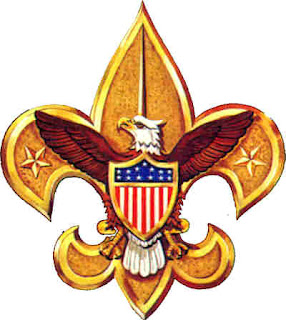 Boy Scouts use the fleur de lis, since it was started by Freemasons, 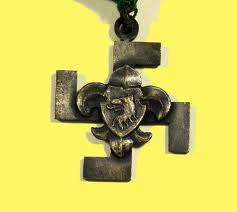 and used by the Nazis scouting program.[3]

As long as we're on the topic of Nazi's,
it was also incorporated into this early Aryan flag.[4] 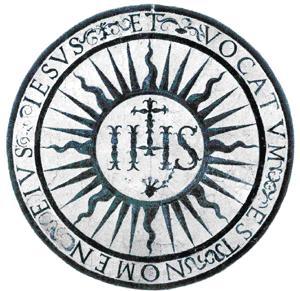 The fleur de lis can be spotted
within the inner circle on the tips of the cross. 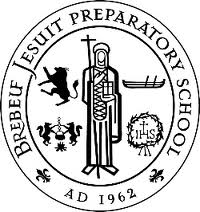 A logo from a Jesuit Order prep school in Indiana.
Note the wolves within the logo and the
fleur de lis next to the date. 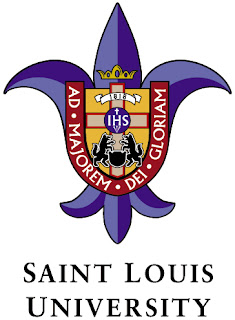 A Jesuit university in Missouri.

Virgin Mary and child. She's holding the flower
in her right hand, representing the annunciation.
The tradition says that without Mary you cannot
understand the Trinity, since it was she who bore the Son.[5] 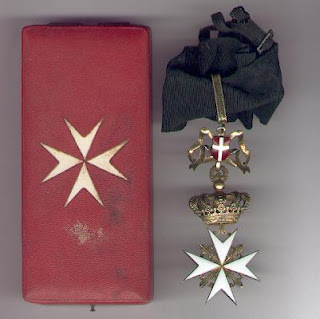 Look between the corners of the star.

And one aspect of the New World Order that most neglect talking about - Israel. 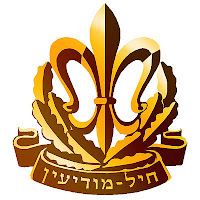 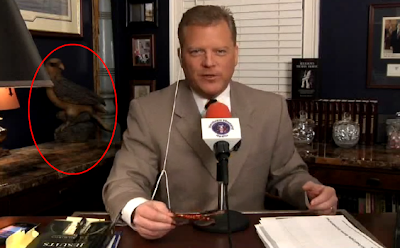 The bird on his marble counter-top with the jet-black mask symbolizes his evil intentions and actions as a Jesuit. He is an impersonator - a wolf - posing as a Christian. It's what Jesuits do.

The Bible says that the Lord sends us out like a sheep among wolves, but we never suspect the ones who name the name of Christ. The Scriptures also warn against false teachers/prophets, saying:

Brannon may look like us and know our language, but he isn't one of us. That "boy next door" appeal is all a ruse.

More Necktie Talk
The blue tie from yesterday's post takes on all new meaning, so allow me to add this:

Masons and Jesuits practice the Kabbalah, the occult practice of Mysticism and Shamanism. In an article on the Kabbalah, FoxNews states that the color blue is associated with the sky and bringing heaven to earth - sort of like the Dominionists are attempting to create. The Dominionists are posing as Christians, but teaching occult practices, and instruct their followers that they must take the world for Christ.

Brannon also wears ties with the color gold in them. This is straight from alchemy, a mystical esoteric spiritual practice that creates base medals into gold, plus more. It's something Jesuits know how to do. [6] 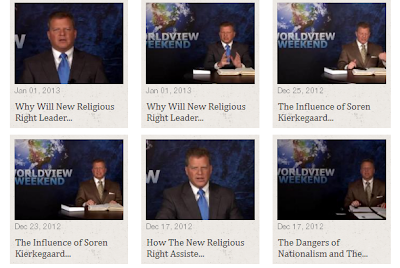 So if you see blue and gold together, as in the photo on the top of the post, he's really saying where his alliances are. These colors have been passed down from the Jesuits, since they too are tied to the NWO, Elitist Luciferian teaching, and the spiritual/occult practices of the Kabbalah. 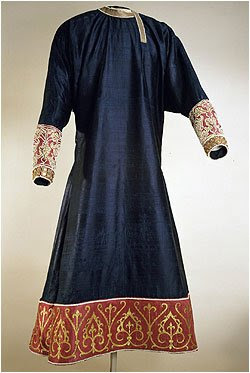 Tunic from the Roman Catholic Church
>during the Holy Roman Empire - blue and gold.


A Liar Amongst Liars
Brannon is no different than the host of Christian leaders he's had at his conferences, and they have already begun to "fuse" with the One World Religion under a Catholic figure head. (Remember that there are different control points of the NWO, so this is a global affair...including Israel.)

He is no different than the lying Masonic politicians he befriended. 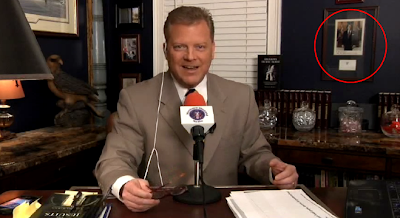 One of these wolves is Chris Pinto, as you can read about on Born Again Soldier of Jesus Christ. From Brannon's own lips, he told Mike Gendron that Chris Pinto is a Catholic, not was. The video is titled: The First Jesuit Pope and How Biblically Thinking Christian Should Respond, and the spot is 50:15. He said,

"We've just got done interviewing Chris Pinto, who is also a Catholic."

He wasn't misspeaking, since a video several months ago stated that Chris attended Georgetown University, a Jesuit university, and he was a former Catholic. This new video sends up more red flags, for those of you who are aware of this. Chris has occult symbolism of lightening and the person with the umbrella within his site, and let's not forget to mention the way he cuts his goatee.

Conclusion
This was not intended to be an indoctrination into the occult. The Bible says that we need to "be wise as serpents, and harmless as doves." It is clear that we can trust no man, even those who appear to be talking the talk and walking the walk. It is also clear that we are nearing an event that all of us will witness. And in the meanwhile, we will witness the hearts of people growing waxed cold, and their ears becoming more dull of hearing, and their eyes that will close. Prayerfully,

That goes for Brannon Howse and Chris Pinto as well.