Dr. David Jeremiah has been long admired as a great preacher. At his home church, Shadow Mountain Community Church, he succeeded former senior pastor, Tim LaHaye, in 1981. Jeremiah's leadership of the church has led to an affiliation with the Southern Baptist Convention.

As I was searching his sermons on YouTube, I stumbled upon the all-seeing eye that overlooks his altar and sanctuary.


"The eye plays a most important part in occult symbolism and probably owes its origin in western magical designs to the Eye of Horus, which was one of the most frequently used of Egyptian magical symbols" [Occultist Fredrick Goodman; Magical Symbols p. 101]. 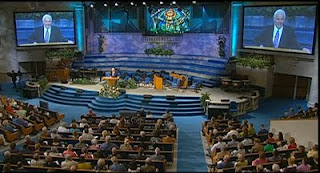 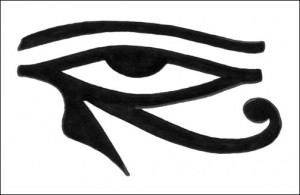 "The All-seeing eye originated in Egypt in those Satanic Mysteries which God physically judged during the time of Moses, when he lead the Israelites out of the land by the mighty hand of God. The All-Seeing Eye was representative of the omniscience of Horus, the Sun God" [Magic Symbols, by Frederick Goodman, p. 103, Satanic symbols book].


"The All Seeing Eye, like many other Masonic symbols, has been borrowed from the past from the nations of antiquity...The Egyptian God, Osiris: The Egyptians represented Osiris, their chief deity, by the symbol of an open eye and placed this hieroglyphic of him in all their temples."[1]

Is David Jeremiah a Mason?
Giving the Shadow Mountain pastor the benefit of the doubt, maybe he didn't realize Tim LaHaye was a Mason, or that the all-seeing eye was an occult Masonic symbol. It this were so, what explains this pose... 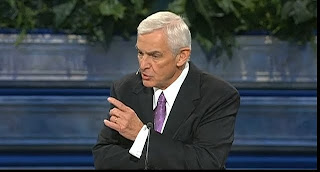 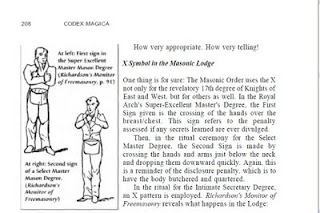 "An X is an ancient symbol for change or transformation...long associated in medieval and renaissance art with the coming of the Messiah [Horus/Osiris] who shall make all things new."—Jim Tresner, 33° Scottish Rite Journal" [Codex Magica, pg. 205] 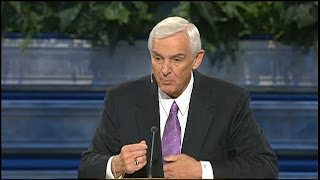 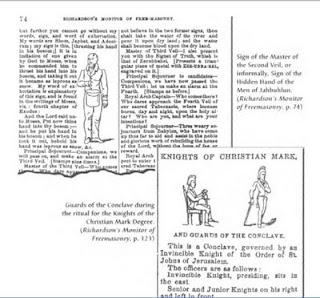 and even more condemning, the ministry logo.

"The point within the circle is an interesting and important symbol in Freemasonry ... The symbol is really a beautiful but somewhat abstruse allusion to the old Sun-Worship, and introduces us for the first time to that modification of it, known among the ancients as the worship of the Phallus." Albert Mackey [Short Talk Bulletin, February, 1936; Vol. 14, No. 2, Reprinted July, 1980, p. 7].

And the fact that he teaches the pretribulation rapture.

Reference:
David Jeremiah and His All-Seeing Eye: What is Up?

Related Post
Os Guinness: Another Fake
Is Brannon Howse a Jesuit?
Joel Osteen: Mormonism is Christian
The Word Faith Movement
The Star of David and the Lasting Impact of Her Harlotry